…but a bullet proves more fatal

“Journalism will kill you, but it will keep you alive while you’re at it.”
Greeley, Horace

“Journalism can never be silent: that is its greatest virtue and its greatest fault.
It must speak, and speak immediately, while the echoes of wonder, the claims
of triumph and the signs of horror are still in the air.”
Henry Anatole Grunwald

“Generally speaking, the best people nowadays go into journalism,
the second best into business,
the rubbish into politics
and the shits into law”
Auberon Waugh

This article was written in 2012 and resonates strongly today given the recent tragic events in Paris. Everyone has a point of view on Charlie Hedbo and whether it’s right or wrong doesn’t matter – what really matters is that people have the right to put forward their opinion. Individuals can either agree or disagree, listen or not – we are free to make that choice. The only opinion I have is that no-one has the right to condemn another person to death for their point of view, but that means little to the families of the 17 people killed in these attacks. Everyday I constantly try to make sense of all violence in the world and of course nothing, NOTHING makes sense. Violence is senseless.

I know one thing though, there will be no agreement, no compromise, not even a “agree to disagree” stance on Charlie Hedbo because…we are human.

“1. I shall think more about ducks.
2. I shall whistle more and do more of my bird calls.
3. I shall have more afternoon naps.
4. Umm . . .that is about all I can think of at the moment.
5. Oh yes . . . I’ve just remembered, I will finish composing my mandolin concerto called, “The Duck Concerto”.
6. . . .and maybe something about butterflies.”

I love Michael Leunig’s work and agree with pretty much everything Mr Curly said. 😉

Another fascinating message via the talented artwork of Gavin Aung Than on Zen Pencils.

…land of heroes and cakes…

1869 saw the publication in London of a peculiar sort of atlas: ‘Geographical Fun: Being Humourous Outlines of Various Countries’. The book showed 12 anthropomorphic depictions of European nations, with as many stereotypes dressed in appropriately typical garb crouching and stretching to twist their bodies into a shape with the same outline as their countries. 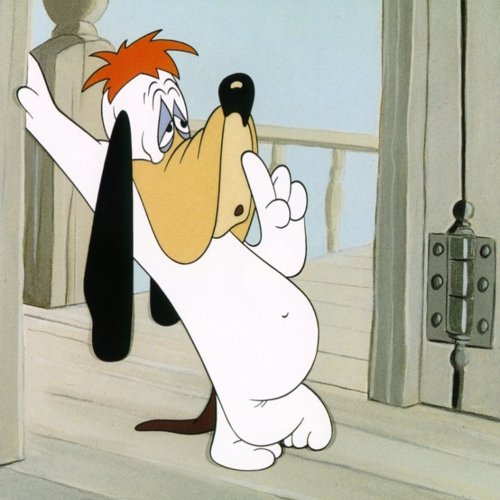 Droopy: [after dropping a huge boulder on the wolf] Yes, you’re right. It is gruesome.

Droopy: You stay here while I go and call the cops. Now promise me you won’t move.
Wolf: Uh, okay, bub.
[aside, to camera]
Wolf: Sucker.
[back to Droopy]
Wolf: I’ll stay right here. I promise, I won’t move a inch.
Droopy: [leaving] Okay. Now don’t move.
[as soon as Droopy leaves, the Wolf goes out the window, takes a taxi to the train station, takes a train to the docks, takes a boat to the airport, and takes a plane to a remote cabin, where he finds… ]
Droopy: You moved, didn’t you?
[the Wolf freaks out, binds and gags Droopy, then runs out the cabin and takes the entire trip in reverse back to the apartment, where he again finds… ]
Droopy: Enjoy your trip?

[the wolf is trying to hide from Droopy, but he appears behind him]
Droopy: Guess who?
[the wolf runs off]
Droopy: I surprise him like this all through the picture.

Wolf: [about Droopy who appears no matter where the Wolf goes] I just left this guy tied up.
[stammering]
Wolf: How did you… When… How… Where…
[in Droopy’s face]
Wolf: Listen, doc! How did you get back here anyways?
Droopy: Now, let’s not get nosy, bub.

I lived with female versions of Droopy Dog, my Nan and Mum. They seemed to be 10 steps ahead of us in thinking and action, mind you we were ankle-biters who dared all but knew nothing. In hindsight, we had no chance of outwitting them ever, and THEY knew it. 🙂

echoes of a nation

Spreading cheer and inspiration with handmade cards and paper crafting

Where Creativity and Imagination Creates Wonderful Ideas for Your Home!

The world around through my camera's lens

Stories and photos from Scotland

The Art Or Endeavour Of Being Lucid In A World We Live In... Secrets Of The Psychics... Energy, Universe, Futurism, Film, Empowerment...Digital Abstract Art Rendering...

not the camera takes the photos, people do

If it's secret, and in Scotland...

Making stuff from scratch in the wild

exploring the world, my place, art de vivre and myself

Travels with a Kilt

"There is no such uncertainty as a sure thing.” ― Robert Burns

Myths of the Mirror

A peek into Megha's mind